On May 4, 2013 we had our first work weekend on Great Gull Island.  Weather had made it impossible to get out for a weekend prior to this date. Over 150 terns were flying over the island when we arrived. They left about 11:30 am. The dock, of course was gone, and so our captain anchored off the South beach and Bob Wadsworth brought us into the beach in the scow – a fairly dry landing.  Joel Stocker and his assistant Don Leroi set out to take aerial photographs of the eastern end of the island because they had only been able to do the western end April 26 when they had been out for a day and stayed only three hours on the island because of weather. 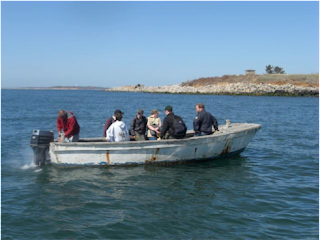 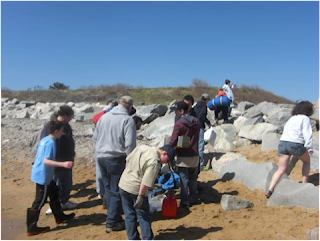 Joel works with model aircraft with a camera mounted on it and takes the aerial photographs which show how the island looks and can be compared from one year to the next.  The erosion at the eastern end of the island and along the north and south sides of the western end are clear as sandy patches. 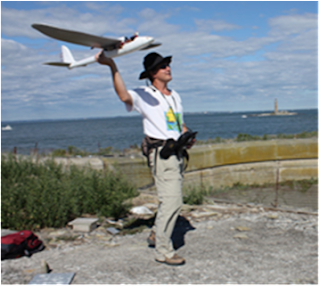 The following two pictures show aerial shots of Great Gull Island. The first is from Google Earth from March 2012. The second, is based on pictures taken by Joel Stocker, April/May 2013. In the Stocker composite the light sandy areas show the edge erosion from Super Storm Sandy. 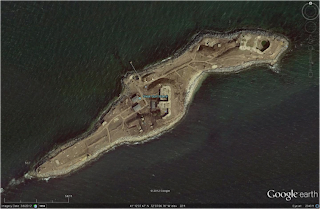 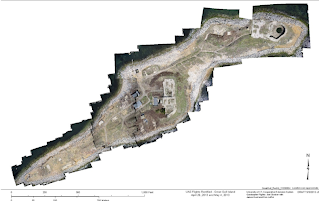 At the end of the day our captain took all but four of us to the mainland. I stayed on Great Gull with Lottie Prushinski and her grand kids, Glen and Evan. Again about 150 terns were in which included two Roseates and all left by 10:30 am. Lottie and her crew raked the coal area and cleared the rock edge where Roseates nest.  It is the only section of the island where Sandy has not plugged many of the areas formerly used by Roseates with dirt eroded from the center of the island. Captain Matt came into the north side of the island to pick us up at 12:30, May 5. We waded to the scow and Bob Wadsworth ferried us to the boat that would take us to the mainland.


Posted by HELENHAYS at 2:45 PM No comments: